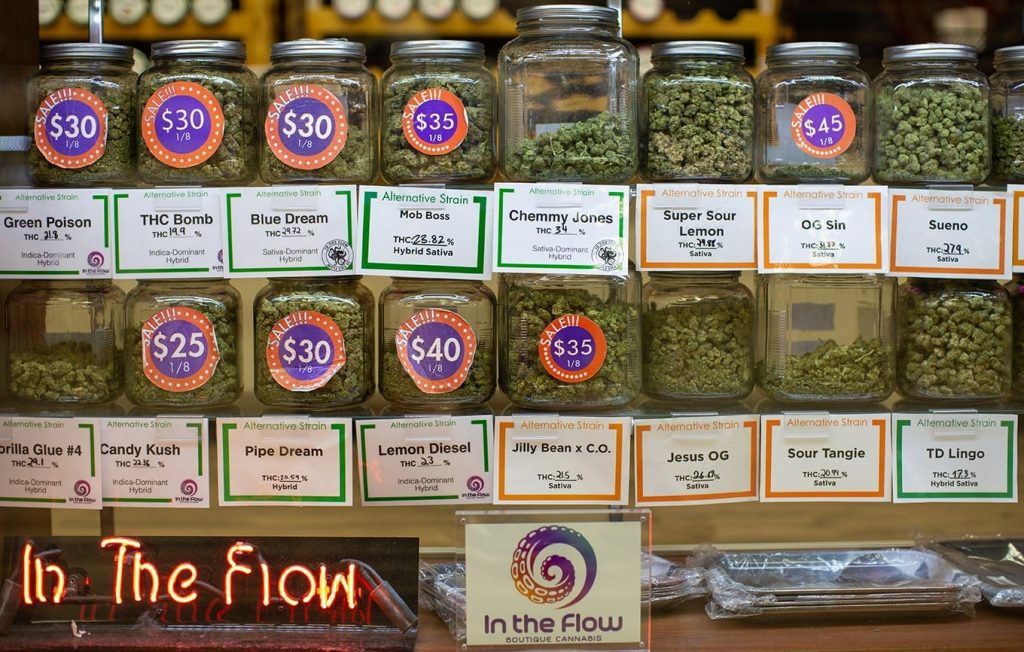 Ever felt like there’s a lot of misinformation out there when it comes to cannabis and cannabis use? We have. That’s why we broke down these five common marijuana myths and brought you the facts instead.

This long-standing belief is actually baseless. Studies still can’t link cannabis to laziness in a meaningful way. About 5-6% of the population seems to have difficulties with motivation and discipline, but research has not successfully tied this to marijuana use. So sure, there are lazy stoners out there, but there are also lazy people and pot smokers who work really hard. Finding the right balance is of course important, but there is plenty of experience to prove that smoking pot can make you more creative, artistic and inspired.

Myth #2: The jury is still out on marijuana’s medicinal effects.

It is a little surprising that after 20 years and nearly 25 state-legalizations there are still people out there who don’t believe marijuana has legitimate medical applications. The reality is that cannabis is kind of a wonder drug. In fact, according to a recent WebMD survey, a large percentage of American physicians think marijuana should be legal – and with good reason. It mitigates symptoms related to chemotherapy, AIDS, certain cancers and glaucoma. Marijuana has also been shown to help certain debilitating seizure disorders. In short, cannabis is effective medicine for millions of people.

It’s true that Marijuana does causes short-term memory loss upon ingestion. But this memory loss wears of as soon as levels of THC decrease.

It’s important to note, however, that Marijuana does act on the hippocampus – an area of the brain responsible for information processing and memory function. Researchers have discovered that memory loss is possible if marijuana is abused while the brain is still developing. So, too much cannabis use in adolescence could lead to cognitive impairment in adulthood such as a dropping in IQ, slow reactions, etc.

Myth #4: Cannabis isn’t as strong as it used to be

Okay, this just isn’t true. According to Ryan Vandery, PH.D., an associate professor who studies cannabis at John Hopkins University, THC concentrations in cannabis grown today are way higher than they once were. “People who are good at plant biology have gotten into cannabis and selectively bred plants to be higher in THC.”

But that doesn’t necessarily mean everyone is getting higher than their parents did in the 60s. “Potency does not equal dose,” says Vandrey. “That’s something people often get confused.” In other words, pot smokers today might smoke less weed to achieve the same high.

Myth #5: All cannabis and cannabis products produce the same effects

Most people believe there are only two species of marijuana plants: indica and sativa. We can’t all agree on whether or not that true, but for argument’s sake, let’s just say it is.

Sativa is a tall plant with thin leaves. It produces a cerebral, psychoactive effect, while indica is known for producing a more relaxing and sedating feelings for users. However, it’s tough to predict the exact reaction a person will have to ingesting each plant. Researching continue to studies

At Oasis, we carry a huge selection of recreational and medical marijuana products, including buds, edibles, and topicals. We also grow high-quality cannabis strains in our own grow facilities. Our flower is always fresh, locally sourced and selected for potency. Our friendly staff is always happy to answer any questions you have – and of course – to debunk any marijuana myths you’re concerned about.