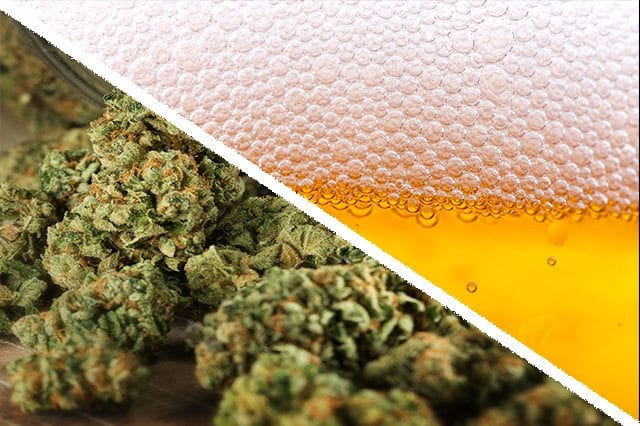 4 Reasons To Choose Marijuana Over Alcohol

There’s a strong argument to be made for marijuana vs. alcohol. And as the marijuana movement continues to grow and more people accept the use of marijuana, more research is being done that suggests marijuana has many benefits. Especially over alcohol. People are realizing that marijuana is just better for you than alcohol is and are choosing the plant over alcohol. However, if you are not sure which is right for you, you’ll want to check out these four reasons to choose marijuana over alcohol.

Research shows that there haven’t been any deaths directly related to the the over-consumption of marijuana. Alcohol on the other hand, is responsible thousands of alcohol poisoning cases, some of which can even cause death. In fact, the CDC reports that there are an average of 2,200 alcohol poisoning deaths each year. That’s about six deaths per day. The question here is should you pour another drink or roll another joint? Seems like a no-brainer to us.

We all know there are tons of health benefits associated with using marijuana. From stress to pain relief, nausea to insomnia, marijuana can be a real life-saver for people who suffer from a multitude of conditions. Alcohol on the other hand is quite the opposite and can be detrimental to one’s health. While marijuana can be used to treat certain types of cancer, alcohol is a known carcinogen and can even cause cancer.

Alcohol can promote violent behavior in those that have consumed it. Actually, alcohol is known for making people violent more than any other substance. They don’t call it a bar fight for nothing. On the flip side, studies show that pot smokers are happier people who do not possess a desire for violence. Marijuana wins over alcohol once again.

While you shouldn’t be driving around town after smoking up, marijuana does not impair your ability to make decisions like alcohol does. When you see someone dancing on the table and getting wild, I’ll bet you can guess which substance is most likely to be involved. If you chose alcohol, then you are right. Drinking enough alcohol is much more likely to make us feel invincible and like we can swing from the rafters without consequence. Waking up the morning after a bender can leave us in a state of bewilderment or even wondering “what happened last night?”. Marijuana however doesn’t offer that same effect (thankfully!).